Home » Trucking » Part II: What Will Happen if There Is No Transportation?
Trucking 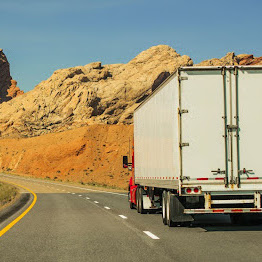 While Part I, What Would Happen If Trucking Stopped, strictly spoke in the hypothetical sense, the recent effects of Assembly Bill 5 on the trucking industry may have rendered those fears valid.

Assembly Bill 5 has sent the California trucking industry into limbo, with 70,000 truckers– including two-thirds of the state’s port truckers–anticipated to be adversely affected by the gig economy bill. Thousands of California drivers are now leaving the state in droves to find work elsewhere, on top of supply chain bottlenecks throughout 2022. With all of this transportation chaos, it begs the question: what will happen if there is no transportation?

Get a quick summary of our last blog below before diving into how Assembly Bill 5 (AB5) ties into the threat of ceased transportation in California.

If All Trucking Stopped: A Recap

In the first entry of this two-part piece, we discussed the short and semi-long-term consequences if all trucking halted in the U.S. Here were the highlights:

After a day without transportation, critical deliveries such as medical supplies will cease–increasing the risk of life-threatening situations. Other crucial goods, such as oil, would be bottlenecked as well, causing gas prices to rise due to low supply. Lastly, all U.S. mail and package deliveries would shut down, creating a whole other slew of issues.

Two to three days without truckers would both exacerbate the previous issues and create new ones to overcome, most notably with food deliveries. Food shortages would surely become commonplace, and essentials such as water, powdered milk, and canned goods would disappear from retail shelves. On top of this, ATMs would run out of cash, and there would be no waste disposal method available–meaning garbage would pile up to a noticeable degree around suburban and urban areas before spreading to surrounding communities.

One week later, as daily supplies continue to dwindle and fuel ceases production, all transportation would come to a halt. Airplanes would be cleared from the sky since trucks deliver the majority of airport fuel, not to mention additional struggles in getting to work, running errands, and leaving the house altogether.

Give it a month, and society would be in survival mode. Clean water supplies would run out. Food production would be no more. Since our production is so reliant on the delivery of goods, it’s become apparent that the trucking industry is absolutely essential to a thriving society since we have no other way of attaining our basic necessities.

Now, seeing as Assembly Bill 5 continues to drive California truckers out of the state, these fears could be validated. The bill was originally meant to benefit gig workers but has had an indirect and cataclysmic impact on both owner-operators and carriers alike.

How AB5 Plays Into It

California Assembly Bill 5 was put in place to restrict businesses from classifying workers as independent contractors rather than employees through the use of the ABC Test. It was designed to force companies like Uber and Doordash to recognize workers as employees rather than contractors, thereby offering the benefits of full-time employment.

There are three prongs of the ABC Test that must be met to be considered a contractor, but Prong B is difficult for owner-operators to meet. Actually, it’s impossible. Since Prong B requires contractors to be paid for work “outside the scope of the company’s usual operations,” which is virtually impossible for independent truckers, they’re now forced to be classified as an employee or start their own trucking businesses.

An estimated 70,000 owner-operators in California are estimated to be impacted in some way by AB5, which is where the threat of lacking transportation arises; if these truckers or a large majority of them decide to leave California, it could leave a hole in the state’s transportation system with the potential to paralyze society.

For more details about AB5’s impact on the California trucking industry, visit this blog by Pyramid Logistics CEO Rob Dissman. For the first part of this blog, visit the preceding piece: What Would Happen If Trucking Stopped?