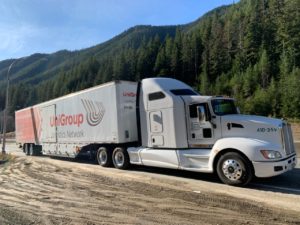 Starting January 1st, 2020, the Employee and Independent Contractors Law, AB 5, goes into effect. This impactful bill has the potential to change the fate of many truck drivers and transportation companies across the state of California.

This bill will directly affect thousands, forcing truck drivers to give up their job as a contracted driver or move out of the state of California if they want to continue operating independently. Evidently, both options are unfair and making a decision will be extremely difficult for many.

One truck driver, Valerie Lopez, spoke to Freight Waves about her experience through this change. She drives with her husband as a team. She said, “We recently bought a house here in California and don’t want to move, but there is no way we can make the same money if we have to transfer to a company driver or leave the company.”

It will also impact transportation companies, as they will lose truck drivers that they have worked with for years. “Given the realities of trucking, it would be impracticable, if not impossible for CTA’s motor-carrier members to provide interstate trucking services by contracting with independent owner-operators and to simultaneously comply with California’s onerous requirements for employees,” according to the CTA’s amended complaint filed in the U.S. District Court for the Southern District of California.

Furious organizations, transportation companies, and owner-operators have taken action in hopes that there will be a promising future for the transportation industry.

The California Trucking Association (CTA) refiled its legal challenge on November 12th, stating that more than 70,000 independent truckers will be unable to work under the new law.

As we reach the end of the year, a growing number of people are wondering what will happen next. The fate of independent trucking in California could be diminished within a matter of months. More than ever, this is a time where the transportation industry as a whole must come together to find a solution.

We will continue to provide updates on the actions being taken from both the State of California and the transportation industry.