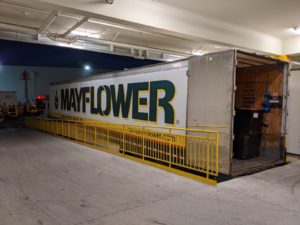 After many months of debate and strife, it has been announced that -until further notice- Assembly Bill 5 will not apply to independent owner-operators.

In November of 2019, the California Trucking Association filed a lawsuit in the US District Court for the Southern District of California asking the court to declare independent truck drivers exempt from the law.

The primary argument put forth by the CTA is that the Federal Aviation Administration Authorization Act of 1994 restricts how much a state can regulate transportation. “FAAAA preemption is broad but not so broad that the sky is the limit: states retain the ability to execute their police power with laws that do not significantly impact rates, routes, or services,” the judge wrote. “Here, however, there is little question that the State of California has encroached on Congress’ territory by eliminating motor carriers’ choice to use independent contractor drivers, a choice at the very heart of interstate trucking.”

On January 16th, the U.S. Southern District Court granted a preliminary injunction, which blocks the State of California’s enforcement of AB 5 against motor carriers. Federal District Court Judge Roger Benitez extended the initial temporary restraining order that began on the first of this year.

This is a huge step for the transportation industry, as it affects a large portion of drivers and companies.

“This ruling is a significant win for California’s more than 70,000 independent owner-operators and CTA members who have worked as independent truckers for decades, and who have invested hundreds of thousands of dollars to own their own vehicle and comply with California’s strict environmental guidelines and regulations over the years,” said Shawn Yadon, chief executive officer for the California Trucking Association (CTA).

The injunction is not the end of the case, but it will remain in place until a final judgement is handed down. Lawyers who have followed the case have said Federal District Court Judge Roger Benitez’s arguments in the proceedings so far, and in his orders, show a strong leaning toward the arguments of the CTA.

California truckers have established their livelihoods as independent drivers for years, and in turn, many companies have relied on their services.

Thankfully, for our team, 2020 has remained business as usual.