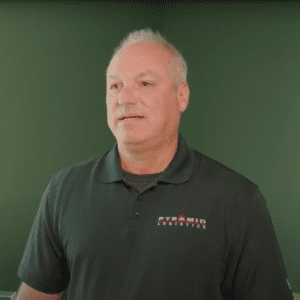 If you’re an owner-operator in the state of California, Assembly Bill 5 (AB5) is undeniably on your radar. The bill was denied by the U.S. Supreme Court on June 30, 2022, and while its provisions were meant to benefit gig workers, it’s had a cataclysmic impact on the state’s trucking logistics industry.

Now, carriers are forced to make contractors employees, and contractors are forced to either join the staff or launch their own independent businesses. In essence, owner-operation is on the chopping block in California, forcing truckers to leave the state and set up shop elsewhere.

Assembly Bill 5 (AB5) essentially restricts businesses from classifying workers as independent contractors rather than employees. It requires employers to use the ABC Test, a three-pronged evaluation of whether a person is a contractor or employee of a company, and was drafted to regulate companies in the gig economy space.

In other words, companies like Uber and Doordash were strong-armed into accepting gig workers as employees rather than independent contractors, allowing for the benefits included in full-time employment. But the residual effects leaked into many other industries–especially in the world of trucking logistics.

>> Watch the California AB5 interview with Rob on YouTube.

Why Truckers are Grinding Their Gears

The issue lies within the ABC Test. Here are the three prongs that must be met in order to be considered an independent contractor:

If even one of these prongs isn’t met, a worker is considered an employee. However, Prong B makes it virtually impossible for owner-operators to be considered contractors since it requires contractors to be paid for work “outside the scope of the company’s usual operations.”

So, if a trucking logistics company hires an independent contractor to help with a project, they’d need to be classified as an employee. And with this classification comes the obligation to shell out California wages and benefits. Companies, like us at Pyramid Logistics, who depend on owner-operators, now have some new challenges, but owner-operators themselves are getting the blunt end of AB5. It’s a lose-lose situation.

I read a statistic that estimated about 70,000 owner-operators within the state of California would be impacted.

Essentially, all of those drivers will then have to either become employees of those companies or incorporate and become their own independent businesses – which isn’t always a feasible option for these drivers.

Most independent truckers invest thousands into their own trucking assets and take pride in running their own businesses. Now, owner-operators will have to establish their own trucking companies, which is awfully expensive, set up their own jobs, and navigate port bureaucracy on their own accord.

They don’t want to become employees; they want the autonomy of being able to pick and choose when they want to work. As a result, it’s affecting companies like ours that rely on independent owner-operators to do work for us.

A lot of companies solely rely on owner-operators to carry out their trucking logistics. Others, like Pyramid Logistics, work with a mix of owned trucking assets and owner-operators. This has been our key to consistency throughout the AB5 chaos. Although we’ve always depended on independent drivers, having our own trucks and drivers has weathered the AB5 storm.

“A lot of brokers and our traditional competitors are struggling to find that capacity without owner-operators. We’re able to control our service well since we’re asset-based, so we have those trucks and drivers that are directly under our control. That’s a huge benefit to our customers, and we’re seeing a lot of interest in our company for this reason.”

How Carriers May Respond

Some carriers are cutting ties with new California contractors, instead offering relocation accommodations to existing ones. Others are getting more creative. One partner, Greg Feary from Scopelitis, proposed an arrangement where truck drivers become employees but lease their trucks back to the carrier. We may also see more carriers adopt their own trucking assets to mitigate the current shortage of owner-operators in California.

However, the California Trucking Association (CTA) hasn’t backed down just yet. Their most recent claim is that AB5 violates the Commerce Clause of the U.S. Constitution and poses obstacles for motor carriers, but hope amongst truckers is low. Only time will tell whether AB5 will continue to wreak havoc for California truckers or be taken down by the CTA.