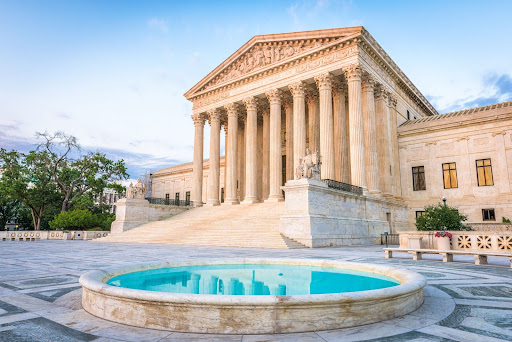 The Supreme Court’s rejection of the California Trucking Association’s petition for a hearing over California AB5 has rattled the state’s freight industry. This means that the previous ruling from the U.S. Court of Appeals for the Ninth Circuit will stand, and the preliminary injunction that kept AB5 from affecting motor carriers will end.

As a result, AB5’s ABC Test for contractors is threatening California trucking companies of all shapes and sizes, from motor carriers to owner-operators alike. But the industry isn’t without hope. Some companies are adapting with creative solutions, and if the CTA finds success in the district court, truckers may find a glimmer of light at the end of the tunnel.

What Is Assembly Bill 5 (California AB5)?

California Assembly Bill 5, or AB5, was designed to regulate companies that utilize the gig economy workforce, such as Uber and Doordash, essentially forcing them to accept workers as employees. The bill implemented a three-pronged test, which determines whether an employee qualifies as an independent contractor or an employee. The ABC Test has three prongs that must be met in order to be considered a contractor:

If all three of these prongs are met, the worker is classified as a contract worker – if not, they’re deemed an employee. However, not all companies see this change in their favor. So, how does California AB5 affect the business models of trucking and logistics companies?

Prong B of the ABC Test makes it virtually impossible for leased-on truck drivers to be classified as independent contractors, because it mandates that contractors must be paid for work outside the scope of the company’s usual operations.

In other words, if a logistics company were to hire an independent contractor to help with truck freight transportation, they would need to be classified as an employee. And with this employment status comes the obligation to provide wages and benefits mandated by California. Companies, including Pyramid Logistics, are now faced with the challenge of how to move forward with client projects and the help received from independent contractors.

Unless logistics companies and others that use independent truckers can manage those additional financial obligations, owner-operators may have to be cut from the equation. In fact, tapping independent truckers to subsidize overflow business is now illegal in California, leaving motor carriers with no backup options.

Transport Dive mentions how trucking officials “believe they are being robbed of the ability and flexibility to hire independent contractors as freight ebbs and flows.” There’s also fear that many of California’s independent truckers will leave the state in a time of pre-existing supply chain chaos.

California AB5 hurts companies that rely on owner-operator truckers, as well as those owner-operators themselves. Most independent truckers invest thousands of dollars into their own truck and take pride in operating their own business. With the Supreme Court having denied the CTA’s recent appeal, these truckers will have to establish their own trucking companies, set up their own jobs, and handle port bureaucracy all on their own. With all these additional and unanticipated responsibilities, it’s no wonder that many California truckers are leaving the state.

How Carriers Are Responding

According to LandLine Media, a handful of carriers adapted their business models when AB5 was passed into law in 2019. New Prime Inc., for example, cut ties with new California contractors and instead offered relocation accommodations to existing ones. Scopelitis partner Greg Feary proposed a couple of solutions to LandLine, such as motor carriers offering employment, or an arrangement where truck drivers become employees, but leased their truck back to the carrier. But these creative solutions may not be necessary if the CTA is successful in the district court.

The California Trucking Association, along with the Owner-Operator Independent Drivers Association (OOIDA), are still pursuing legal options. The CTA most recently claimed that AB5 violates the Commerce Clause of the U.S. Constitution, and poses unnecessary obstacles for motor carriers.

The CTA is also lobbying the state legislature to further push back against AB5’s impact on California’s trucking industry: “In addition to the direct impact on California’s 70,000 owner-operators, who have seven days to cease long-standing independent businesses, the impact of taking tens of thousands of truck drivers off the road will have devastating repercussions on an already fragile supply chain, increasing costs and worsening runaway inflation.” Now, motor carriers, owner-operators, and others who rely on independent truckers will wait to see what progress the CTA yields for California’s freight industry.