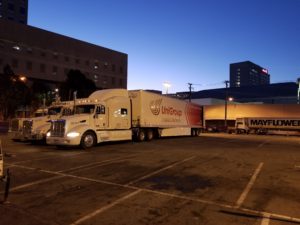 2019 was filled with ups and downs for the trucking industry. One downfall that has consumed the minds of independent truck drivers and companies in California was the passing of Assembly Bill 5.

B. That the worker performs work that is outside the usual course of the hiring entity’s business.

C. That the worker is customarily engaged in an independently established trade, occupation, or business of the same nature as the work performed.

Carriers, brokers, and even shippers will have to demonstrate that their business arrangements satisfy all 3 parts of the “ABC” test.

Essentially, this bill is putting over 70,000 independent owner-operators at risk of losing their jobs.

After much apprehension over the passing of Assembly Bill 5 in May of 2019, the concerns of truck drivers and transportation companies have been heard. The California Trucking Association had filed a lawsuit in November of 2019 seeking an exemption from AB5.