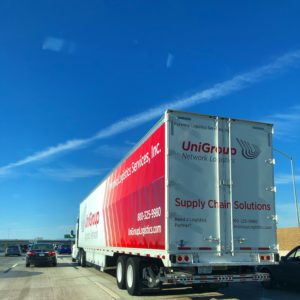 Is it the end of independent trucking in California? With potential changes coming into place for California contract workers, the transportation industry may face a multitude of problems.

In May of this year, the “Employees and Independent Contractors Bill”, Assembly Bill 5, originally passed the California State Assembly and was later passed by the State Senate in September.

In summary, this bill pertains to the Dynamex California Supreme Court decision into law, establishing an ABC test to determine the status of an independent contractor that would eliminate the owner-operator model in the state. This means that certain workers should be considered employees instead of independent contractors when evaluating wage and hour classification.

The “ABC test” to determine status includes the following guidelines:

B: That the worker performs work that is outside the usual course of the hiring entity’s business.

C: That the worker is customarily engaged in an independently established trade, occupation, or business of the same nature as the work performed.

This bill is intended to protect workers -who are under ridesharing companies such as Uber and Lyft- from being exploited by being denied certain wage and healthcare benefits. Consequently, it does not serve to help freight-operating drivers.

If signed into law, Assembly Bill 5 “will put tens of thousands of owner-operator truckers, who service agriculture, retail, and other industry sectors, out of business.” said the California Trucking Association.

Not only will this bill impact independent drivers, but it will also make it virtually impossible for two trucking companies to contract together and will introduce significant liabilities on companies that contract with owner-operators. Many transportation and logistics companies work alongside one another to help complete projects and tasks that cannot be done alone. With so much traveling taking place, this partnership is crucial in order to succeed.

Like many other states across the country, California is facing a shortage of truck drivers. This bill will only heighten the shortage if drivers choose to move to a different state to work independently.

At Pyramid Logistics, two-thirds of our team are employees. Even with our large supply of trucks on hand, we often contract drivers to complete projects that our team cannot handle on their own. Many of these contracted drivers have been working with us for years. They prefer to not be employees because they have the freedom to work for different companies while also operating in their own trucks. Fortunately, with the number of trucks we own, we will still be able to work with our contracted drivers.

This impactful bill has the potential to change the fate of many truck drivers and trucking companies in California. We will be anticipating the results of this bill come January of 2020.